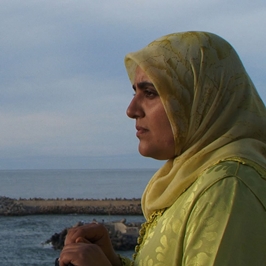 In May 2003, Morocco was shaken by a set of violent suicide bombings by radical Islamic fundamentalists, which killed 45 people in Casablanca. Since then, the Moroccan government has taken steps to reform the religious landscape in the country.

In 2005 as part of this effort, King Mohammed VI introduced an innovative - and controversial - programme to train women as religious leaders or Morchidat.  50 Morchidat are selected for the rigorous training each year and on graduation, each Morchidat is assigned to a mosque. In their teaching, these women preach a balanced and tolerant version of Islam, and they provide important support and guidance to their communities.

The mosques have always played a big role in the spiritual, social and educational life of Morocco, but until now they have been dominated by men.  The mosque was always the territory of the Imam, but in a break from the past, the Morchidat not only work in the mosque but go out to meet people in the streets, in homes, prisons, schools, orphanages and hospitals.  They offer spiritual, moral, social and personal guidance and support. Their big challenge is to help people to understand the true teachings of Islam and separate these from the restrictive traditions which have often become confused with religious truth. But they are working in a society where over 60% per cent of women are illiterate - and over 80% in rural areas - compared with around 40% of men. 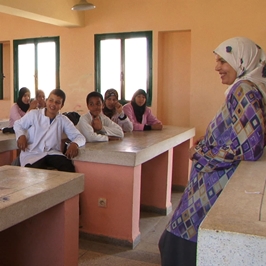 Making the Film: a Personal View from Director, Rosa Rogers

We first read about the Morchidat on a filming trip to China and we  were intrigued. At the time there was a lot of debate about the leadership roles women could take in Christianity and at the same time, in the wake of 9/11 and the London bombings, anti-Islam sentiments were high in much of the popular media. We read that the Morchidat were part of wider reforms in Morocco aimed at giving women more rights and we wanted to find out more.

We approached the Moroccan embassy in the UK to say we were interested in making a documentary about the Morchidat and showed them examples of films we’d made before. Almost a year later, we were told the Ministry of Islamic Affairs in Morocco welcomed our proposal and we were invited to meet them in Rabat.

In a long meeting, we tried to explain the kind of film we wanted to make and found there were a lot of suspicions. There had been international news coverage about the Morchidat and the Ministry felt much of it had been misrepresentation. They wanted to know our intentions, what we understood about Islam, what we wanted to say about Islam. They agreed to us going ahead in principle. But we soon discovered that the concept of observational documentary was a new one, and that each trip would become a new struggle to regain permissions.

On a visit to a mosque where a Morchidat was working, we were overwhelmed by the sheer number of women and their enthusiasm for the work of the Morchidat. They all told us that before this they had nobody to talk to about how to resolve problems in their lives, no one to explain their religion to them, no support in everyday spiritual life. They convinced us this was a story worth telling.

We met Bouchra and Karima in the final stages of their training and they spoke about the problems facing Morocco and the need for change. They wanted to see girls getting an education, an end to early marriage, and young people developing their full potential and choosing to build a better Morocco rather migrate to the West. We’d found two of our characters and we met Hannane soon after.

Filming Casablanca Calling was the most challenging experience of my filming career. The endlessly changing permits needed for every place we filmed in and the cultural suspicion of cameras meant that for every day we were able to film, there were five or six days which came to an abrupt halt. We’d hoped to get all filming done within 10 months - it ended up being closer to 3 years.

Despite the difficulties, I believe passionately that the work of the Morchidat is groundbreaking and that their story must be told.  I feel strongly about the misrepresentation of Islam in much of Western mainstream media and want to show a different side. We wanted to tell human stories which transcend cultural divides, and simultaneously illuminate everyday truths about the lives of ordinary women in the Arab world – lives which are often closed and off-limits to those outside. As newly elected Islamic governments come to power across the Arab world – the role of the Morchidat in Morocco seems even more important. How – within an Islamic framework – can women achieve their full potential? And how can ideas and attitudes that have been entrenched for generations be overturned? 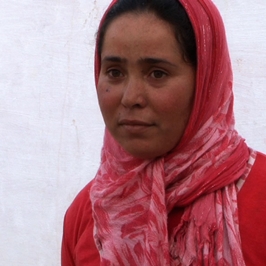 Casablanca Calling is my first experience of working on a feature documentary. After studying for a law degree. I started out as a Journalist/correspondent for many foreign radio and television companies. When I met Rosa, I had already worked on several news reports about the Morchidat for the BBC, Fox, and Radio Canada, but a longer documentary was something different. .

The Morchidat are a rare experiment in the Muslim world, where the interpretation of Islam has been largely a male province. Before the Morchidat, Moroccan women had no one to answer their questions about spiritual, moral, social and personal issues. As well as challenging this male domination of interpretation, the Morchidat have also challenged the male dominance of the mosque. But their mission is a difficult one as they work to overcome so many problems facing Moroccan society. So many cultural traditions – from early marriage to women’s education - have become confused with religious teaching and it is challenge to separate them in people’s minds.

I think that every single step of making Casablanca Calling was a big challenge. It was a massive challenge to get permission to film, especially inside the mosque, and also to find women to take part. The Morchidat have been able to reach groups that a male Imam never could, and in a conservative society like Morocco, it is a very intimate thing to talk about personal problems, and it's even more challenging to do it on camera.  So every time we filmed someone, we had to start from the beginning and explain in great detail what we wanted to do, and how our film would challenge stereotypes about the role of women in Islam.

Casablanca Calling follows the Morchidat as they actively affirm the rights and responsibilities that they believe the Koran affords to women. I don't think you often hear about that aspect of Islam in headline news.